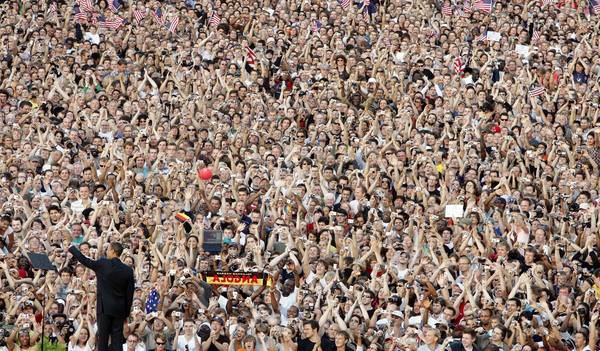 The only time that I have felt safe when I was young was when I felt powerful. There were two ways that I was able to achieve this. Adoration or fear. By causing someone to adore me, I felt powerful, I felt myself swelling inside, a warmth sweeping across me, a sensation of unlimited potential. I have realised now that this gave me a sense of feeling omnipotent, invulnerable and capable of doing anything. Indeed, the achievements that I accomplished, through academia, sport, hobbies supported this sensation that so long as I felt powerful I could do anything that I wanted but most of all nobody would hurt me. Of the two catalysts for this, people adoring me or people fearing me, it was adoration which arose first. When I am forced to think back to my childhood (since it is not something that I voluntarily do) I remember that those isolated and they were isolated, those isolated moments of adoration shielded me from everything else that went on.

When I was praised, complimented, lauded and applauded I felt this sensation of power surge inside of me and this overcame the wariness and nervousness that otherwise governed my day to day existence. You see, I learned that it was wiser to remain in the shadows. Out of sight meant out of range and therefore the caustic criticisms and cutting chastisement could be avoided, but only for so long. I cannot recall the first time that I felt the power which rose from praise but I do remember on one occasion I had finished first in the class in respect of English. I did not know what my position would be and I passed the sealed envelope to my mother who loomed over me as she always did. I waited for the irritated sigh, the articulation of disappointment or even the stinging slap of annoyance but none of these familiar mechanisms visited me this day.

Had I misheard? No, I had been told that what I had achieved was excellent and I felt the warm surge which I would later come to know as the power. I tried to reach out, emboldened I suppose by this feeling of safety, to hug my mother but she sidestepped my attempt and moved away. For once though I did not feel that crushing sensation whenever she did such a thing to rebuff me, I felt good, I felt safe and it was because she had praised me. It was only much later that I began to understand the connection between being praised and adored made me feel so much better inside. I was always pushed, driven, instructed and commanded to excel and I knew that the achievement of excellence would surely draw more of this delicious praise that I craved so, so much. Little did I realise how elusive this place of safety caused by adoration would prove to be.

The following year, my first at secondary school and I received a mid-year report, around the end of November. With the change of school came the change of practice, for we were allowed to see our list of placings follow the mid-year examinations and besides the placing was the percentage score achieved, the grade and comments thereafter. I recently located all of my reports and sought out the very first one from my secondary school as I needed to check that my memory had not rusted given the passage of time. It had not. There amongst the results was the one for English Language. I was placed first, the percentage achieved was 76%, the grade was B+ and the comments are best described as cautious encouragement. I was first again. Top of the class. I felt the anticipatory surge of the praise that was sure to come once this report was passed to my mother.

Later that day I handed the report to her. My results were very good, I realised that, but it did not matter. I wanted, I needed her to tell me and make me feel good.

“I came top in English again,” I commented drawing attention to one of many highlights. There was no response as my mother took the folded sheet, opened it and examined the paper for evidence to support my assertion. I waited for the praise to come, relishing the warmth that would rise inside of me.

“Edward!” exploded my mother calling my father’s name. My father dutifully entered the living room from the adjoining study.

My father began one of his protestations as he sought to mollify my mother. I do not recall what he said or what she said by way of response as their voices became background noise as I felt the anxiety and fear sweep over me. I was not good enough. I came top just like last time but it was not good enough. I turned and ran upstairs, the shame burning through me. There was no power. I felt unsafe, exposed and vulnerable. On the landing I passed my sister, Rachael, who had no doubt emerged as a consequence of my mother’s screeching and my father’s bumbling replies, ready to try to pacify the eruption as she always sought to do.

“Nothing,” I snapped at her. I didn’t want her mocking me as well.

“Is it your exam results?” she asked. I nodded.

“Did you come top again?”

“Wow, that’s great, you are so clever HG,” she smiled and hugged me. I did not respond. I felt stiff and awkward but her comment caused the shame to lessen and a slight surge. It was not the same though. I broke away and headed to my room to curl up on my bed and hope that the still lingering shame would leave me alone.

I so desperately wanted that sense of power again and it had been denied to me. I felt useless. I knew however that there was only one thing to do. Work harder. Apply myself. Try harder and then she would give me the praise that I wanted and needed and that was rightfully mine.

I am beginning to understand that the seeds of my need to be adored were sown through instances like this. Adoration created power which created safety. Adoration created power which created the ability to do more, achieve more and gain even further adoration. Hers was always the adoration I wanted the most for with it I felt more powerful but I also found that any form of compliment, praise or adoration achieved a similar outcome. I knew that in order to be the powerful figure I knew that I actually was, all I had to do was ensure that I was adored. Achievement and accomplishment were the routes to gaining this adoration but then I realised that whilst I was successful, it was actually the image of success that mattered. Who were people to know that I didn’t actually hold the school record for swimming 100m when I recounted such an achievement years later? They did not know but the looks of admiration came nevertheless. All I had to do was show that whatever boast I made was vaguely credible. My physique being athletic meant that nearly all sporting achievements could be passed off as my own and I began to supplement those that I had with the bogus ones. The results were just the same if not better. Thus it became easy to tell lies. I did not stop securing achievements, I still had to be the best in my chosen fields, but I began to tell more and more lies to achieve the looks of admiration and adoration. I realised that it served my purposes to acquaint myself with other successful people because firstly, I belonged to such a group and secondly, I could listen to their achievements and then go and use them as my own. I could build up my suit of armour with a combination of my accomplishments and those stolen from those I interacted with. All that mattered was that I gained the praise, I received the admiration and the adoration. This desire infected all of my relationships and as time went on, I wanted and needed this from the man I passed in the street as I walked to the convenience store. I wanted and needed it from colleagues, friends, strangers in particular from those that I coupled with in the form of an intimate relationship. This was what mattered. I had to be adored because once I was I felt powerful, I was the person that I was meant to be. I ruled. I conquered. I felt safe. Nobody could hurt me when I felt this way. This is why I want you to adore me, each and every day, to praise the way I make a cup of tea for you, to compliment the way I dress, to admire the money that I make, to laud how popular I am, to adore the way I lead you by the hand into the bedroom.

She taught me that to survive I had to be praised. If this did not happen I felt weak, crushed and useless and such a sensation would arise from any and all criticisms that I perceived in respect of people’s treatment of me. The fact that praise was not forthcoming meant that this must inherently be a criticism and this wounds me, makes me feel small and pathetic and I am not those things, but you make me feel like that and that is why I lash at you. That is why I blame you because you do make me feel like that when you have it in your gift to adore me and make everything better for me.

Isn’t that what she was meant to do? Make everything better. I need to you to that now. I want to be adored.

Any cookies that may not be particularly necessary for the website to function and is used specifically to collect user personal data via analytics, ads, other embedded contents are termed as non-necessary cookies. It is mandatory to procure user consent prior to running these cookies on your website.